The devCodeCamp Support Startups project with Seiva Technologies, Data Holdings, Inc, and Stack 41 begins today. This project was born out of a trip to Data Holdings state of the art facility here in Milwaukee to learn about their collaboration with Stack 41, a cloud services provider. Their concept was simple but powerful: offer free business technology services to local startup companies. It’s called NE Startup and is an amazing opportunity for any local startup that needs support in getting their ideas to market. Data Holdings will provide the physical infrastructure, while Stack 41 comes to the table with the expertise and management to run the applications for the startups. The best part is approved startups can receive anything a company might need to get up and running, which consists of significant specs for free, for life. Wow! Virtual machines, storage, bandwidth, firewalls, web hosting, file storage, backups and more will be included.

devCodeCamp was more than happy to be selected as a startup development organization and couldn’t wait to get more involved. A report published in June of 2015 showed Milwaukee ranks dead last in the Ewing Marion Kauffman Foundation ranking for start-up activity. It’s been a challenge for some time. Wisconsin creates great talent, we just aren’t very good at keeping it. devCodeCamp applied to locate our Software Development Bootcamp in the Ward4 Startup Hub because it just made sense to be there. We are creating the people that can be a difference maker in getting out of the basement of the startup activity rankings. Those people are the developers that are able to take an idea and turn it into reality. Today, with Seiva Technologies, Data Holdings, and Stack 41, we are doing just that. 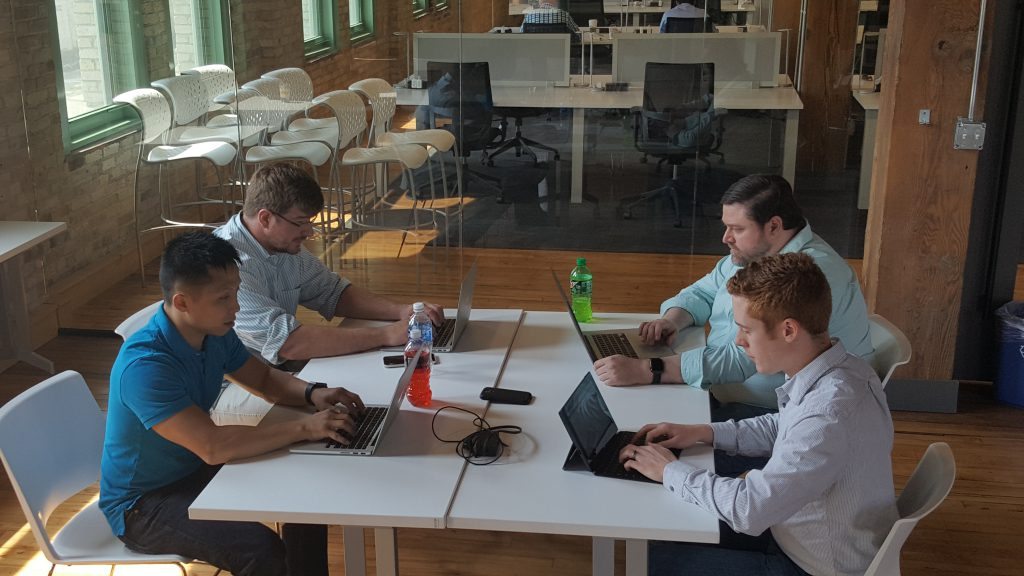 devCodeCamp Program Ops Manager Paul Jirovetz received a call from the Head of Marketing/Co-Founder of Seiva Technologies, Sam Wesley, asking for some help building out their product. Without hesitation, the answer was yes. Seiva Technologies builds smart, skin-tight, garments to quantify the physical therapy and athletic training markets. By integrating a network of sensors and other electronics into spandex material, Seiva is able to provide therapists and trainers alike with real-time, quantitative, bio-metrics of their patients. The one thing they were missing was the mobile application used by coaches and trainers to log in to see and manipulate their athletes’ data. We recruited three devCodeCamp grads and all they had to do was learn a new language, create the database and user interface, and accomplish it all in eight days. It’s day one and our grads James Gille, Dan Yang, and Robert Moon are ready. We’ll keep you up to date on the progress.

Robert, James and Dan hit the ground running. The team at Data Holding’s Inc and Stack 41 are incredible to work with getting the team set up was seamless and all systems are a go. So far the devCodeCamp graduate team has built the skeleton for the iOS app, which will serve as the user interface for Seiva’s biometric clothing technology. They have set up the server and database too, which will synchronize and save all of the athletes’ data. Next up: integrating the biometric module to the app over bluetooth and integrating the app with the server. These guys move quick. 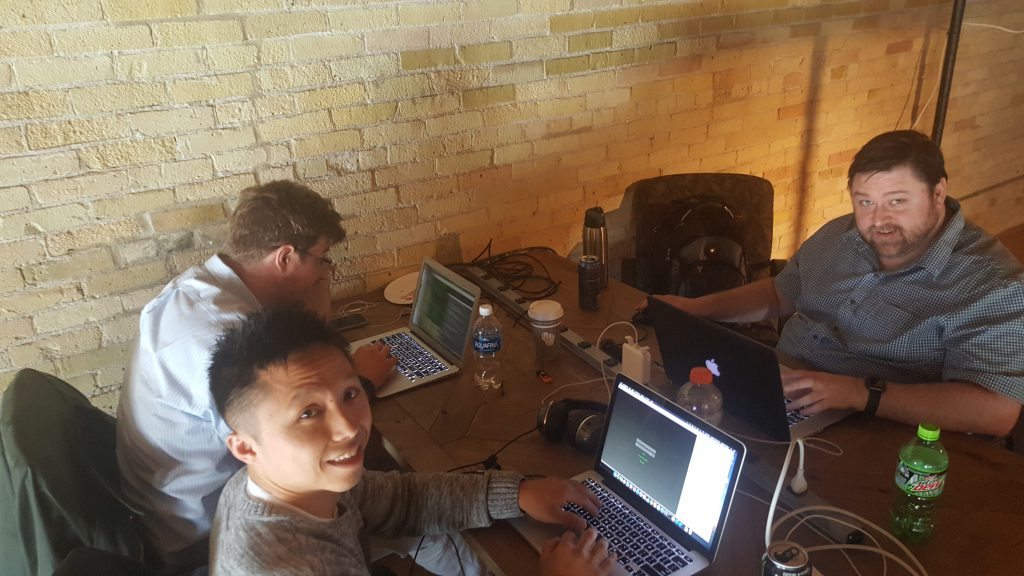 Seiva Technologies recently walked away with IQ award from BizTimesMKE, while the devCodeCamp graduate development team has been stationed on the loft in the main lab at our Ward4MKE bootcamp. The team also added a new member, recent Cardinal Stritch graduate and The Commons participant Theresa Le will be lending her graphic design skills to the startup project.

By working on different tasks, Robert, James, and Dan were collectively able to cover plenty of ground in three days. Here’s what the development team has completed and what they are currently working on:

Robert, James, and Dan have made amazing progress so far, while also balancing interviewing for their first software developer job. Any company would be lucky to have them on their team. With that said, they still have plenty to accomplish before reaching the minimum viable product.

No time to rest for Robert, James, and Dan. The development team continued their hard on Seiva’s iOS app, including putting in a full day on Saturday. 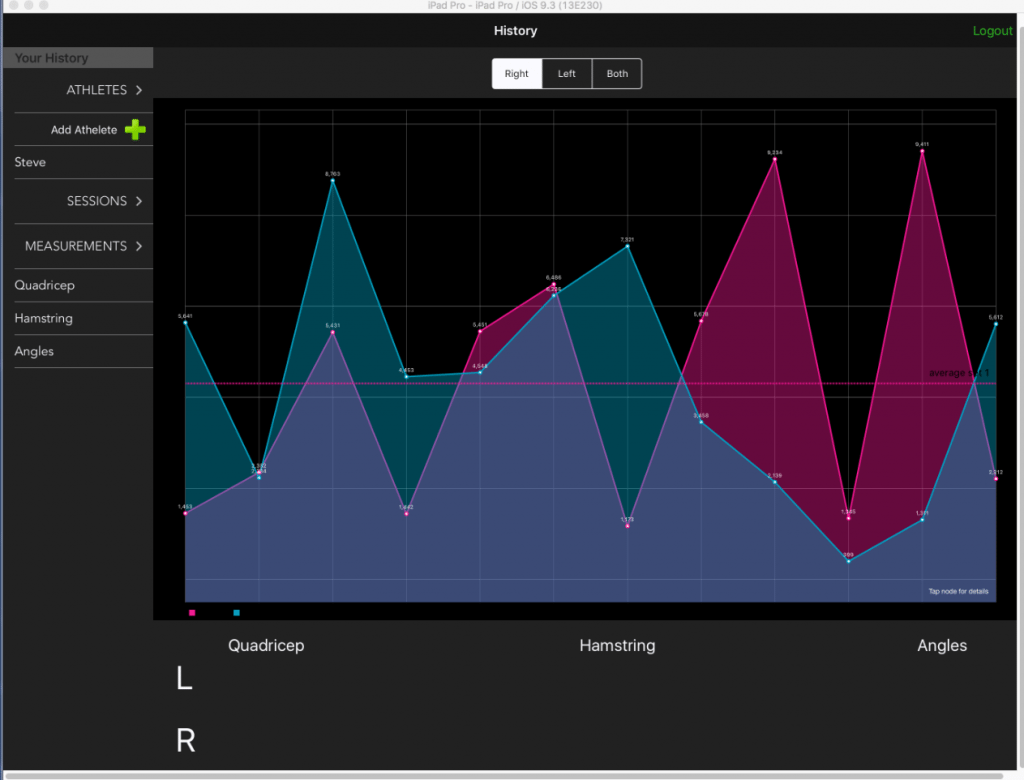 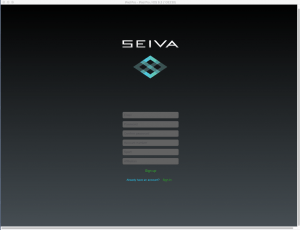 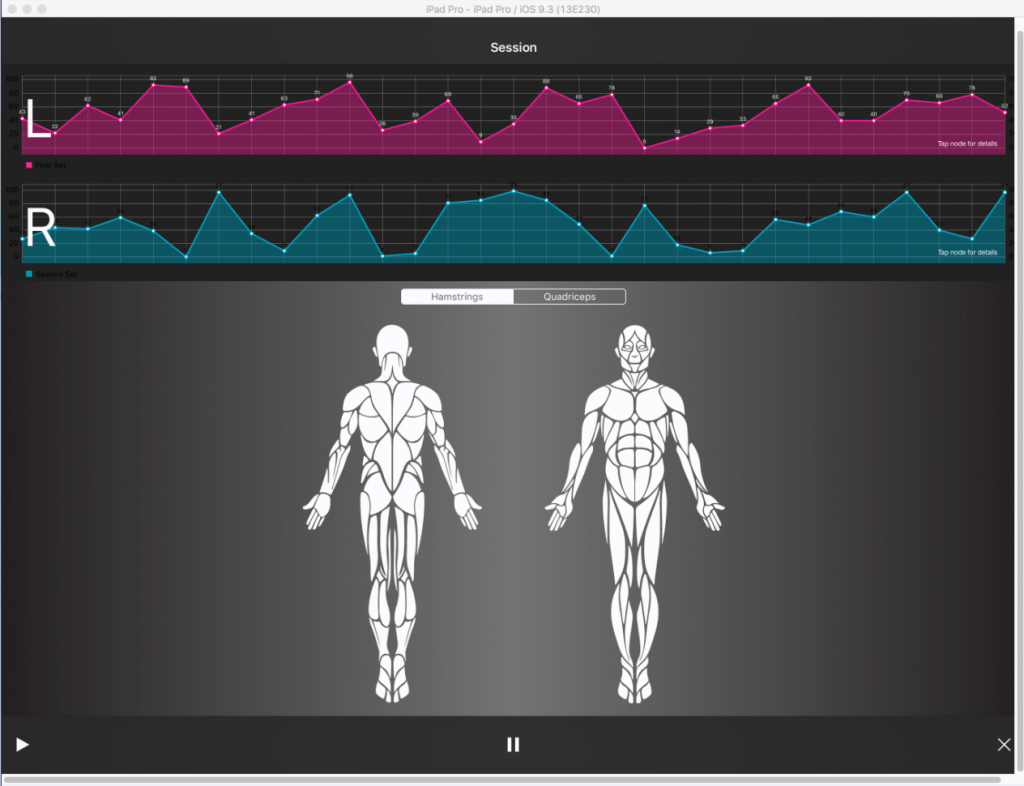 It is truly impressive how much Robert, James, and Dan have accomplished in merely a week. Next up for the development team is adding more models and the creation of athletes that can be stored in the server. We’ll have more updates as the Support Startup Project continues!

Inching closer to the minimum viable product, Robert, James, and Dan have continued to impress with their outstanding work on Seiva’s iOS app. The following are a list of updates the development team has either completed or are currently working on:

Despite plenty of work to do, the development team’s top-notch effort thus far has given them every reason to believe they will hit their goal of a minimum viable product. 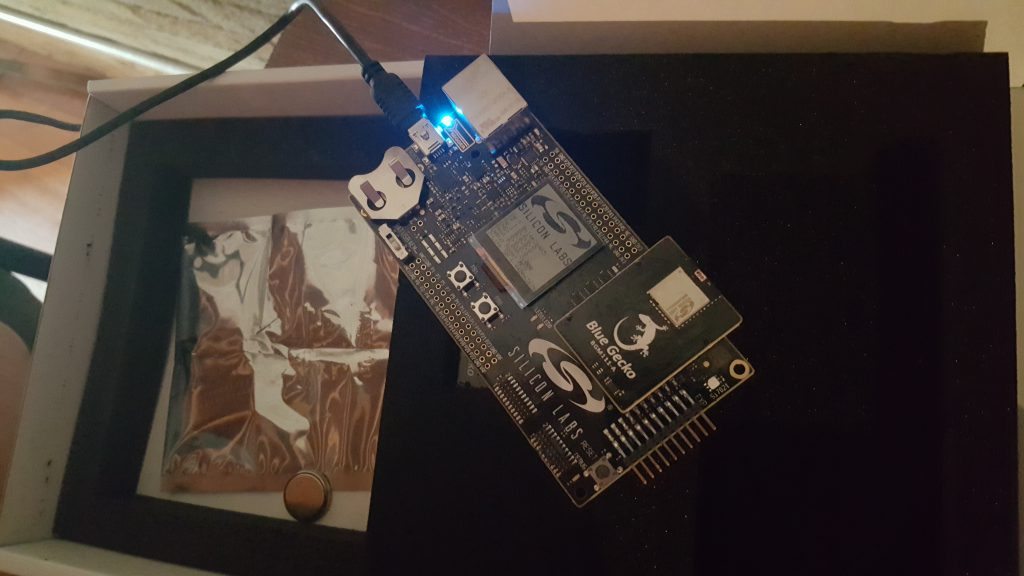 The development team was filled with excitement after they received the highly anticipated Bluetooth module, because they can begin working on connecting the iOS app to Seiva’s wearable technology. In continuation of their hard work, Robert, James, and Dan completed or are finishing up the following tasks:

With a big day ahead of them, the development will be putting in as many hours as possible towards getting the Bluetooth module and service module working together in order to bring the product to life.

With nearly two weeks under their belt, Robert, James, and Dan have made serious progress on Seiva’s iOS app. The following are a list of updated tasks for the Support Startups project the development team has finished or are still working on:

All of the long hours and hard work paid off as Robert, James, and Dan completed the minimum viable product version of the iOS application for Seiva Technologies. Seiva will be the owner of an app that will allow coaches, trainers, and other personnel to visually see how an athlete’s hamstring or quadriceps handles under strenuous activity. Coaches and trainers will now be able to log in and view various forms of athlete data. Even better, they will be able to manipulate the data to compare sessions and see historical data of an athlete. Here’s what the dev team wrapped up: 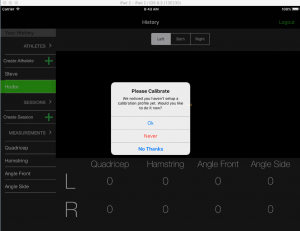 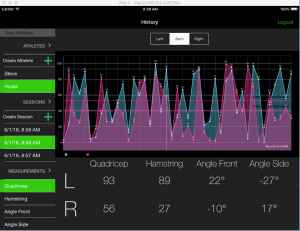 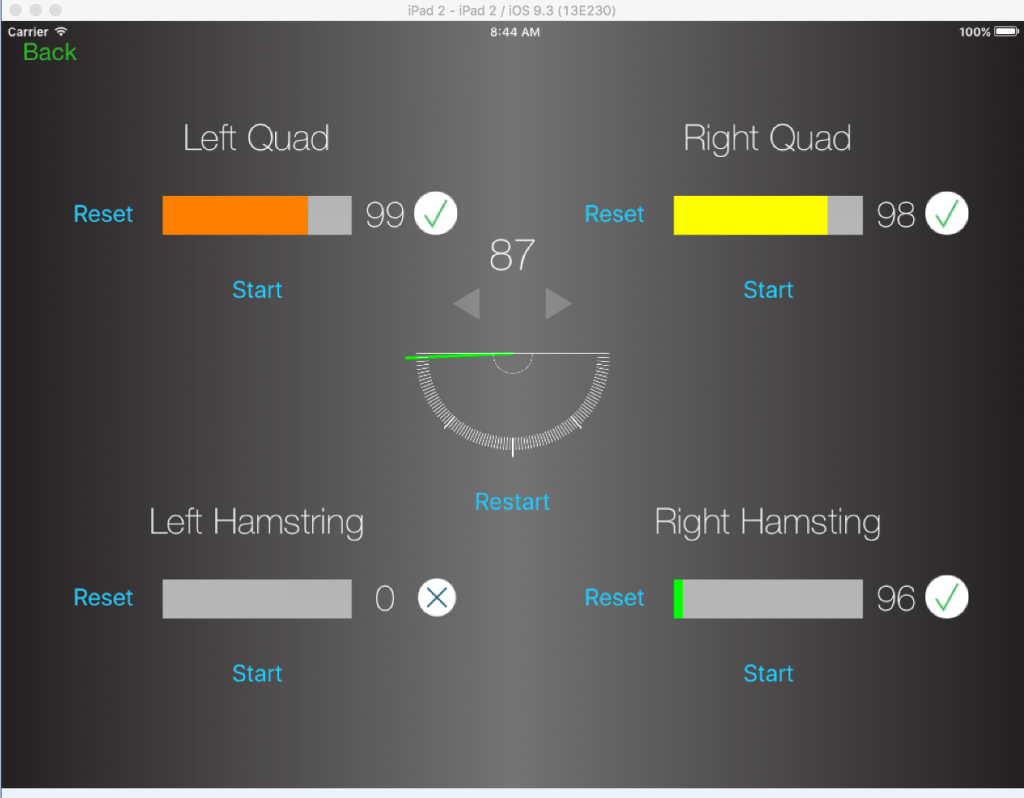 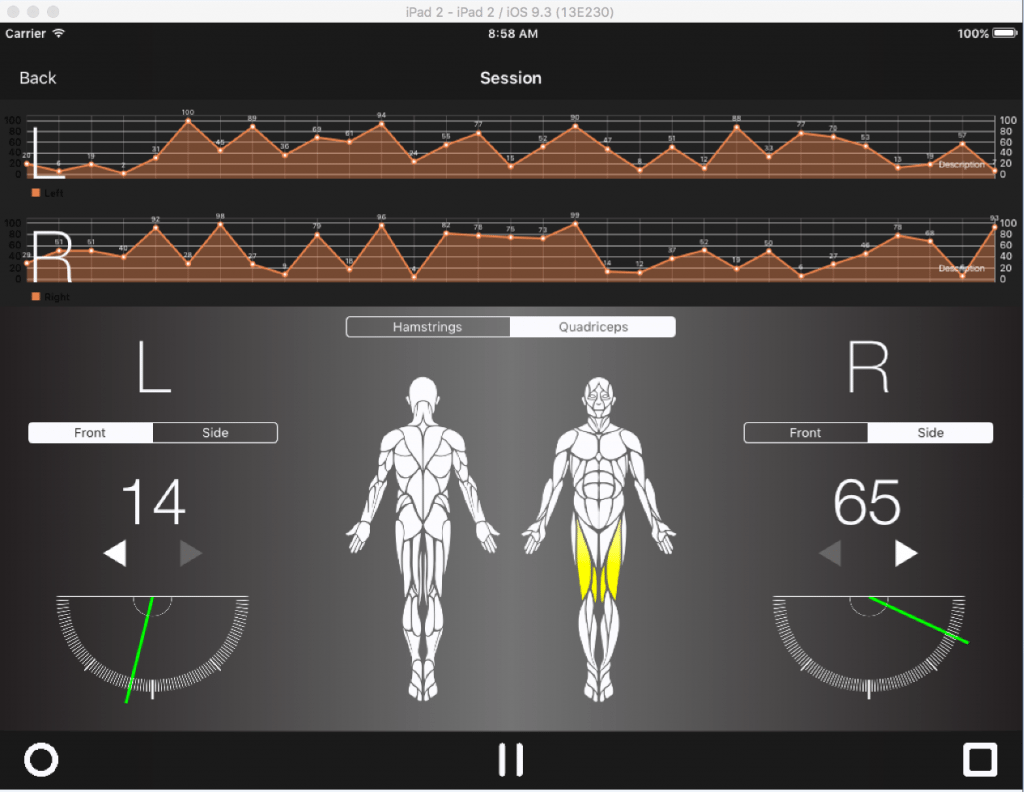 devCodeCamp could not be prouder of graduates Robert, James, and Dan for their dedication and impressive work ethic. Watching them grow as developers while helping improve the startup community in Milwaukee was a complete joy. The teams at Data Holdings INC and Stack41 were amazing and we’re looking forward to our next Support Startups challenge.