Just last week a team of devCodeCamp graduates had their kickoff meeting with Scanalytics and Ward4 ready to tackle another Startup Weeks Project. Being in the Ward4 startup and tech community our goal is to support the startup scene in Milwaukee. The best way to contribute is to provide real talent to build real solutions that face any business, whether those businesses have been around decades or a few weeks. For free, we dedicate 10 days equaling about 400 hours of software development time. For our latest project, we have partnered with our neighbors down the hall: Scanalytics.

Scanalytics is among the top 10 fastest growing “Internet of Things” companies, measuring human behavior insights through intelligent floor sensors. The SoleSensor platform translates consumer foot traffic into actionable data through a dashboard interface for real-time and historical viewing of trends in physical spaces. Brands capture and analyze occupancy, traffic patterns and engagement times to increase conversions and improve ROI. With over 60 million impressions to date.

“We are excited to partner with devCodeCamp and their students. Providing students challenging projects with real life scenarios, continues to enhance the learning process.”
-Joe Scanlin

We hand picked a team of exceptionally talented new developers led by devCodeCamp Lead Instructor Nick Jaeger serving as the Project Manager. Just completing their bootcamp experience and now beginning to balance Startup Weeks with interviewing at Milwaukee companies for their first jobs, the team is ready to add another real project to their resume.

Now that you know more about what Scanaltyics does, here’s how we challenged our team: Scanalytics uses integrated pressure sensors to track movement. An example application of this is to track people walking through a doorway. Scanalytics was excited to engage devCodeCamp students to come up with a unique application to optimize the setup process for new deployments.

Enter devCodeCamp students. The group of devCodeCamp students working on this project will build an emulator for Scanalytics. The emulator with allow a computer, tablet, or phone to mimic the actual mats used in production. This way, Scanalytics can empower their customers to implement their new systems, saving time, resources and ultimately, leading to increased customer satisfaction. 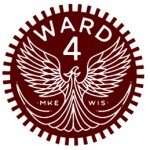 Ward 4 is a Lighthouse for Innovation & Sponsor of Startup Weeks.

A destination for entrepreneurs, startups, investors and other technologists. The space is designed to foster productivity, collaboration and creativity. Members have the opportunity to thrive in the company of an ambitious and established community. devCodeCamp has been a part of Ward4 since July of 2015. Learn more…

The project kickoff went great! The team of devCodeCamp grads met with the product managers at Scanalytics and worked out the goals of the project. Practicing agile, the team setup their first sprint of features. The team also decided to use React and Node as their technology stack for this. Following the kickoff, the team aims to complete the entire app within 2 weeks. Check back in for daily updates on the Startup Weeks project for Scanalytics and Ward4…

Day one of the project could be summed up in one word — decisions. The team met to review product features, and the project was broken down into scrum goals. Deciding with Scanalytics to develop the emulator in React, the team chose to bootstrap their app with a React-Boilerplate. They also made an easy design decision to use Material elements in order to give the entire app a modern user experience, and finally, completed their initial version control setup on Bitbucket. After discussing the tech stack in detail, every member received their first task and then set to work.

Day two was interesting for the team, as for many, it was their first time coding in React. Starting out, the main goal was to develop a page layout that catered to demo of the Scanalytics sensors. The team laid out a three section webpage consisting of a large “sensor” grid, sidebar to display the emulator options, and an information section located at the bottom of the page.

“Early into day two, our team was working on having a working left drawer that can open and close in addition to an easier end-user navigation” – Mike Wilson devCodeCamp grad & developer.

More updates as the project progresses…

“The devCodeCamp team actively approaches us with new ways they can continue to add value to the projects we are engaged with, and we have been tremendously impressed at the organization and execution of our project”   —  — Joe Scanlin Co-Founder & CEO Scanaltyics

They completed making a responsive and interactive grid. Along with that, they added the coordinate system to the grid and lifted the state of the squares up to the mat, so that any pressure on the mat will coincide with actions on the emulator. The developer team also adjusted the homepage of the application to reflect a three-panel accordion, which includes metrics, JSON, and the grid. The shell for the metrics is implemented, along with individual panel scrolling availability for object overflow. To finish off their day, they optimized their code to render the squares on the mat more efficiently.

With these accomplishments, Mike, Luis, Jake, and Nick can begin turning their attention to how they plan to have the app interact with Scanalytics’ API. They also want to continue building out the metrics, as well as, the rest of the homepage. It is their consistent hard work that is allowing the pace of the project to be on track, which is something that is going to make Scanalytics very happy. The good pace will allow the team to finish on time as well as stay on board to launch the application at the end of the 10-day project.

As the days continue to march on, so does the Scanalytics project development team. With each chunk of code committed, Mike, Luis, Jake, and Nick continue to impress all the professionals involved with the project.

After building out the metrics, as well as, a majority of the homepage, the development team turned their focus to the style and responsiveness of the application. Mike, Luis, Jake, and Nick finalized the look and feel of the JSON drawer/card to be responsive with the website. To go along with that, they installed ‘pretty JSON’ data to the card. An important aspect to the style of the application is to get the layout to closely resemble the layout of Scanalytics’ homepage, as well as, have it be responsive on a smaller screen. Also, the group implemented a slider shell to be used in later iterations.

Next on tap for the development team is connect the application to Scanalytics’ API, make a ‘pretty printed JSON’ builder, record metrics from the API, and continue to work on the style to improve the visual appearance of the application.

React, at first, can be daunting due to it’s steep learning curve. There are many parts and components that need to be working properly in order to begin. But after getting started you can immediately see why it is such a valuable technology to know. It’s fast, organized and very flexible. I recommend to all coders to learn React. – Luis Diaz, devCodeCamp Grad & Developer

After week one where the Scanalytics project development team established a solid foundation for the emulator, they were able to apply their knowledge to build a great product ready for immediate implementation and able to be built upon by Scanalytics in the future.

Developers Mike, Luis, Jake, and Nick moved quickly and efficiently by splitting up tasks and coming together to tackle bigger features where needed.

The Scanalytics project development team passed in JSON properties to the JSON card to ensure dynamic updates could be made to the card. The JSON card needed to access the timers immediately, so they lifted the state of event handling functions from the mat index to the homepage index, and implemented a JSON card copy button. They also changed the touch handler from Hammer.js, a JavaScript library that adds support for real-time touch gestures to an application, to React.js, a fast-growing JavaScript library that helps build creative, interactive user interfaces. The switch to React is something the developers, as well as Scanalytics, wanted for the application.

After implementing the desired features, Mike, Luis, Jake, and Nick turned their attention toward improving, testing, and preparing future states of the application. The team began testing the ‘GET’ and ‘POST’ methods by making API calls to Scanalytics’ servers. Since Scanalytics API was already developed to connect with the emulator, they were able to focus their concentration on making the emulator as responsive and interactive as possible. The team also improved the look and feel of the application to match Scanalytics’ brand identity.

In the final couple days, the Scanalytics project development team continued to test the code for bugs, cleaned the repository for development, built phase two features for future emulator implementations, and created documentation for the application.

The hard work put in by Mike, Luis, Jake, and Nick did not go unnoticed during the 10-day project. From the design and research to application build-out, and finally deploying the Scanalytics emulator, there’s no question the devCodeCamp graduates grew as junior software developers. Most importantly, the client was thoroughly impressed and satisfied with the product they received. To have the satisfaction of bringing a real-world idea to life in the form of an application for a thriving company like Scanalytics is something Mike, Luis, Jake, and Nick will be able to take with them into their first jobs as professional software developers.

These Startup Weeks project are not only good for local companies in Milwaukee but a great opportunity for our graduates to work on a real-world project to highlight their skills while they are also interviewing for full time Software Development roles. It also give you insight into what you can do when you learn to code! Learn more about our Immersive Bootcamp and love what you do.