Collaboration is key when it comes to becoming a successful Software or Web Developer. Michael Terrill, our Director of Instruction at devCodeCamp explains how we incorporate collaboration skills into our bootcamps. 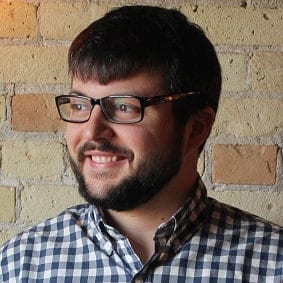 Even though every project isn’t going to be working with other students, there are several projects where you will be working with another developer or a group of developers. That collaboration could be with the instructors as well. We’re here to be a support system. We’re going to aid you when you need it. We’re going to provide that direction. We’ll get you unstuck when you need it. But that is still a form of collaboration. So us helping with some of your problems and getting you unstuck and providing good direction, providing good code examples that you can go off of, and really teaching you the ways of being a good developer. 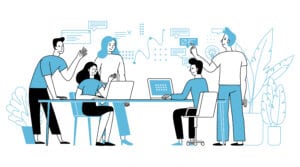 But when you’re on group projects, you might be taking on more of a leadership role, or you’re maybe more of a developer role, maybe a testing role. Working on front-end, back-end, databases. These roles could definitely cross wires for sure. You could be having your hands in multiple different things in any given project, but that collaboration on the job it’s very unlikely that whatever job you go to as a developer, whether it’s your first job or your last job as a developer, it’s very unlikely that you’re going to be the only developer on your team. It’s really important that you learn how to collaborate effectively. And that is something that we take very seriously at devCodeCamp and want to make sure that you have that experience collaborating with other developers before you go out there in the world.

You Will Learn To Learn | devCodeCamp

How To Grow Your Coding Career | devCodeCamp

Why Hire Coding Bootcamp Graduates in 2021